On May 7, 2021
by support
in Gallary
Comments Off on Chanan Peer R.A 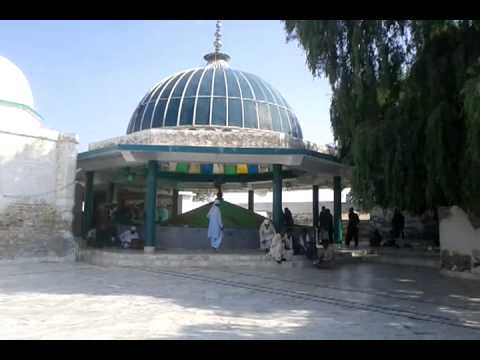 Channan Pir is a village in the Punjab province of Pakistan, it is named after a Sufi saint and contains his tomb. It is located between the Derawar and Din Gargh forts and lies a few kilometres from Yazman town, and in the start of the Cholistan desert. The village is linked to Hazrat Jalaluddin Surkh-Posh Bukhari who was said to have come to the village while travelling en route to Jaisalmir during the 13th century.

Chanan Peer was the son of Raja Sandharan of Jaisalmer. It is believed that he was reciting the Holy Quran at birth and for that reason he was abandoned in the desert, where he was fed by a deer.

Chanan Peer went on to preach Islam throughout the desert, inspiring poets and converts and many others, before he eventually disappeared some 600 years ago. This is where his shrine is located, some 65 kilometers of south of Bahawalpur.

Every year thousands of people arrive in the Cholistan desert, this barren land of saints and mystery, to celebrate the life of Channan Peer – and to have a seriously good time.

There are as many stories about the life of Channan Peer as there are festival-goers, but the following tale is generally accepted.

Just after the birth of Islam, in the 7th century, the Sufi saint Jalaludin Surkh Bukhari of Uch Shareef travelled to the area, which in those days was governed by a Hindu Raja called Sadharan.
Sadharan had a perfect life, with one problem: he had no children. His wife, Rani Nainoo, found out about Jalaludin’s visit, tracked him down and asked him to pray for her to have a son.

The Sufi did this and even foresaw that the son would be born a Muslim. A child was indeed born – and tumbled into this world reciting the kalima.

The Raja was, shall we say, a little peeved and gave the order to have his son killed. The boy’s mother pleaded for the baby’s life. Ultimately, the ruler agreed that Channan Peer would be left alone in the desert in a wooden cot.

After a few days, Hindu pilgrims found the baby being fed by a mother deer. The Raja was informed – and again demanded the death of his son. The Rani then came to the desert and looked after him, until she was forced to abandon her child again. Eventually, the myth says, Channan Peer went on to preach Islam throughout the desert, inspiring poets and converts and many others, before he eventually merged into the sand and was never seen again.

The mela which bears his name is celebrated in the Cholistan desert over seven consecutive Thursdays. This year the mela started on February 11. The fifth Thursday is the most popular day and also observed as a local holiday.

For hundreds of years, people have come from all corners of Cholistan and beyond to join in the festivities. It is now the most popular festival in southern Punjab, with Hindus and Muslims participating as one in the theatre performances, magic shows, dancing, rides, horse and camel shows, jewelry shopping, and, of course, feasting.

Most of those who come stay overnight and leave on Friday morning, after a magical night on the sand dunes under the wide open sky. The area is about 65km from Bahawalpur.

One such devotee, Peera Mal, told The Express Tribune that his family had stayed at the festival all five weeks, cooking their meals and enjoying the festivities. Many still come to the festival to pray for a child.

There is a large tree in the middle of the festival which Cholistanis say marks the grave of Channan Peer’s mother. They believe that if a piece of red cloth is tied on a branch, their ‘manats’ (trades with God) will materialise.

Raman Lal, who attends the mela every year, said that he tied a cloth on the tree last year and prayed for a son. Sure enough, his wife gave birth to a beautiful boy this year. He had come to open his cloth from the tree – and then make a donation to charity in the name of God and, of course, the vibrant, enduring myth of Channan Peer.

Between Derawar Fort and Deen Garh Fort, Channan Pir is enshrined. For centuries this place is revered by Hindus and Muslims alike. Starting their journey late in winter on camel backs, devotees from all over make their way to Channan Pir reaching their destination before the winter’s end. The sounds of bells announcing the caravans’ arrival during toned dusks or dawn creates a divine ambience. While imaging this scenario, my train ride seems surreal.

The mela of Channan Pir is celebrated through seven consecutive Thursdays with festivities at their peak by the fifth week. Many fables surround the origin of Channan Pir, however, the most famous among them is about a saint, Jalaluddin Surkhposh.

The saint is believed to have stayed here during one of his journeys at a time when the area was ruled by a king named Sadharan. Since the King was childless, the royal couple approached the saint who foretold the birth of their son. When the prince was born, his beauty won him the name of Channan, meaning moon in the local language.

In a twist of fate, while still a child, Channan started reciting the Kalma. As word spread about the crown prince’s different faith, his political reputation was brought to abrupt end. The King immediately ordered the execution of his son but on the Queen’s intervention the sentence was softened to exile.

Young Channa was left over a mound to fend for himself. A few days later a group of travellers saw him being fed by a deer. On hearing of her son’s fate, the Queen rushed to the desert and started staying with her son. Her defiance enraged the king who renewed his son’s death sentence.

From this point the story deviates into many conclusions. Some say when the assassins reached the mound, Channan Pir had disappeared while others believe he grew up to become a saint, enlightening the life of many faithful.

Another version, in which the king and saint’s names vary, claims that on witnessing his son’s divine arrangement, the King accepted Channan who made the mound his permanent abode.

Regardless of the version’s initial narration, they all conclude with Channan Pir either disappearing, dying and getting buried on the mound, making it a relic of faith for centuries to come.

On December 4, 2021
by CaLmInG MeLoDy
Comments Off on 2-کیفیت وحی

Ahadees By Shared By Uzmee Akki

On June 7, 2021
by uzmee
Comments Off on Ahadees By Shared By Uzmee Akki

On August 2, 2019
by CaLmInG MeLoDy
Comments Off on Pakistan Historical Places

On June 1, 2021
by CaLmInG MeLoDy
Comments Off on Balochi Culture and Dress: